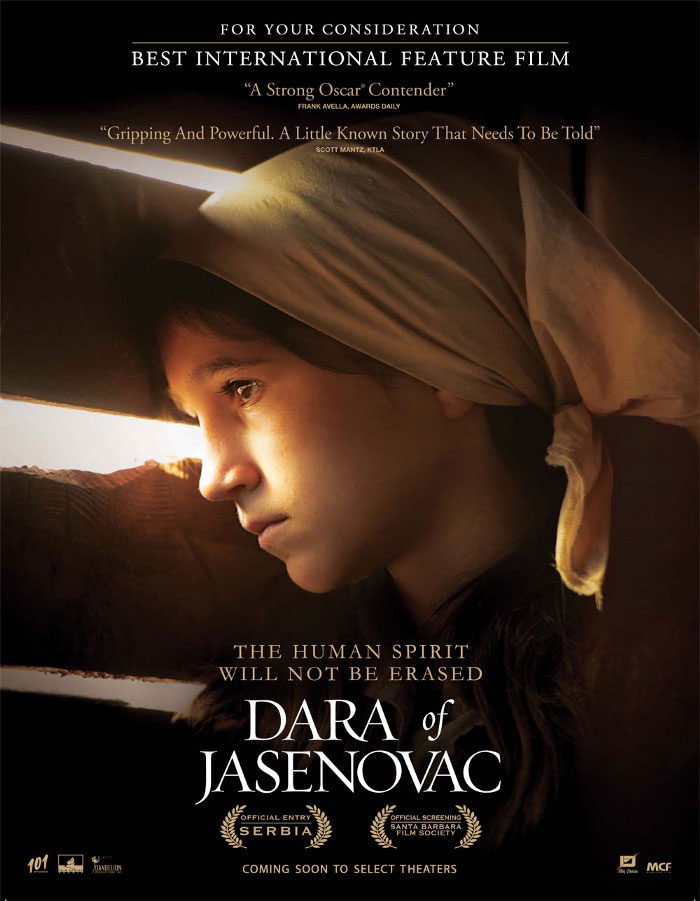 Dara of Jasenovac (Serbian: Дара из Јасеновца, romanized: Dara iz Jasenovca) is a 2020 Serbian historical drama film directed by Predrag Antonijević. Based on the testimonies of survivors, it deals with war crimes and atrocities that took place at the World War II Jasenovac concentration camp, which was a part of the Holocaust and the wider genocide of Serbs in the Independent State of Croatia.